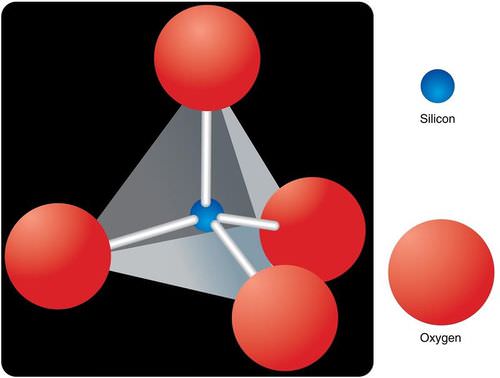 Silicate minerals are divided into six smaller groups. In each group, the silicate pyramids join together differently. The pyramids can stand alone. They can form into connected circles called rings. Some pyramids link into single and double chains. Others form large, flat sheets. Some join in three dimensions.

Feldspar and quartz are the two most common silicates. In beryl, the silicate pyramids join together as rings. Biotite is mica. It can be broken apart into thin, flexible sheets. Compare the beryl and the biotite shown in Figure.

Beryl (a) and biotite (b) are both silicate minerals.