As early people began farming the Fertile Crescent, small villages began to form. With the further development of farming, many of these small communities began to grow into large, complex cities. 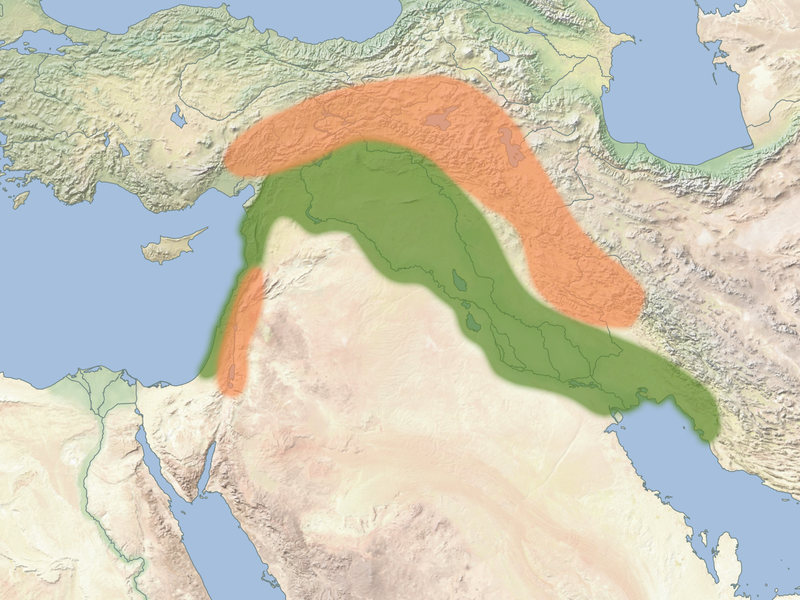 Settlements began developing in the Fertile Crescent around 3500 BCE. These were smaller cities and, for the sake of comparison, would be much more like independent countries today. Each had a ruler to lead and farmland to provide food. Taking a tour of the area, you would see a walled inner city surrounded by vast farmland. The city walls would be built from bricks that were baked in the sun. People living in these early villages lived very different lives from the hunter-gatherers that came before them.

Because they had a stable food supply and permanent shelters, they were able to form larger communities. This led to the development of better tools, clothing, farming methods, and systems of government. Living in a community allowed for goods and ideas to be bartered or traded back and forth and people could get the items they lacked.