Boyle’s law was discovered in the 1600s by an Irish chemist named Robert Boyle. According to Boyle’s law, if the temperature of a gas is held constant, increasing the volume of the gas decreases its pressure. Why is this the case? As the volume of a gas increases, its particles have more room to spread out. This means that there are fewer particles bumping into any given area. This decreases the pressure of the gas. The graph in Figure below shows this relationship between volume and pressure. Because pressure and volume change in opposite directions, their relationship is called an inverse relationship. You can see an animation of the relationship at this URL: http://www.grc.nasa.gov/WWW/K-12/airplane/aboyle.html. 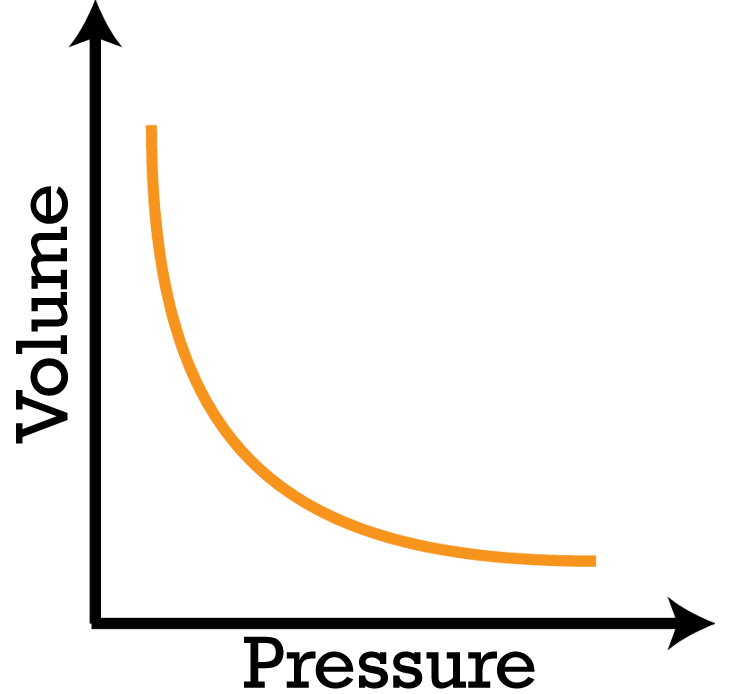 As the volume of a gas increases, its pressure decreases.

A scuba diver, like the one in Figure below, releases air bubbles when she breathes under water. As she gets closer to the surface of the water, the air bubbles get bigger. Boyle’s law explains why. The pressure of the water decreases as the diver gets closer to the surface. Because the bubbles are under less pressure, they increase in volume even though the amount of gas in the bubbles remains the same. 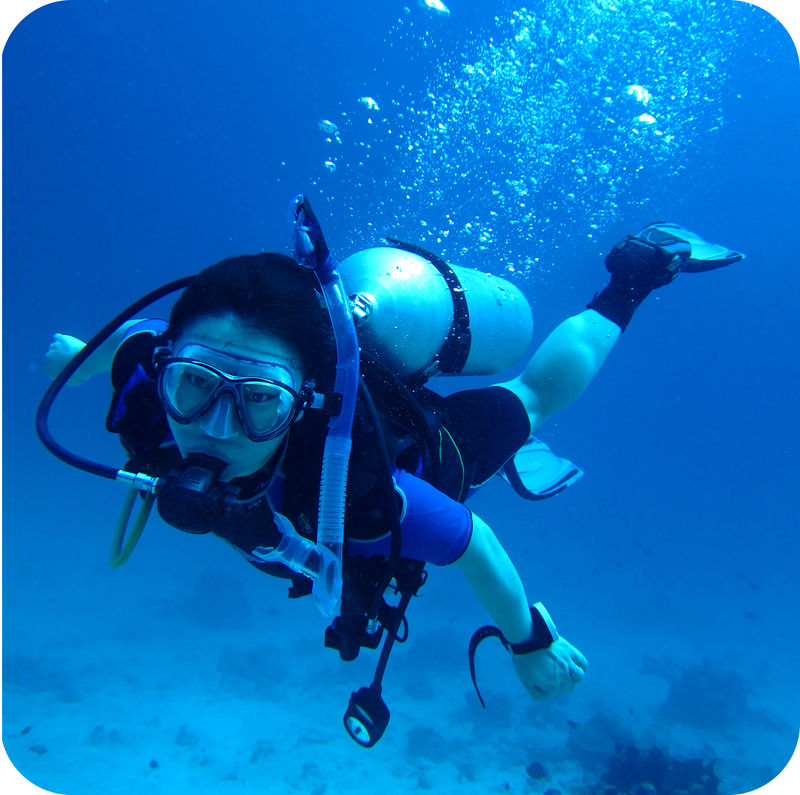 Gas bubbles get bigger when they are under less pressure.