Charles’s law was discovered in the 1700s by a French physicist named Jacques Charles. According to Charles’s law, if the pressure of a gas is held constant, increasing the temperature of the gas increases its volume. What happens when a gas is heated? Its particles gain energy. With more energy, the particles have a greater speed. Therefore, they can move more and spread out farther. The volume of the gas increases as it expands and takes up more space. The graph in Figure below shows this relationship between the temperature and volume of a gas. You can see an animation of the relationship at this URL: http://www.grc.nasa.gov/WWW/K-12/airplane/aglussac.html. 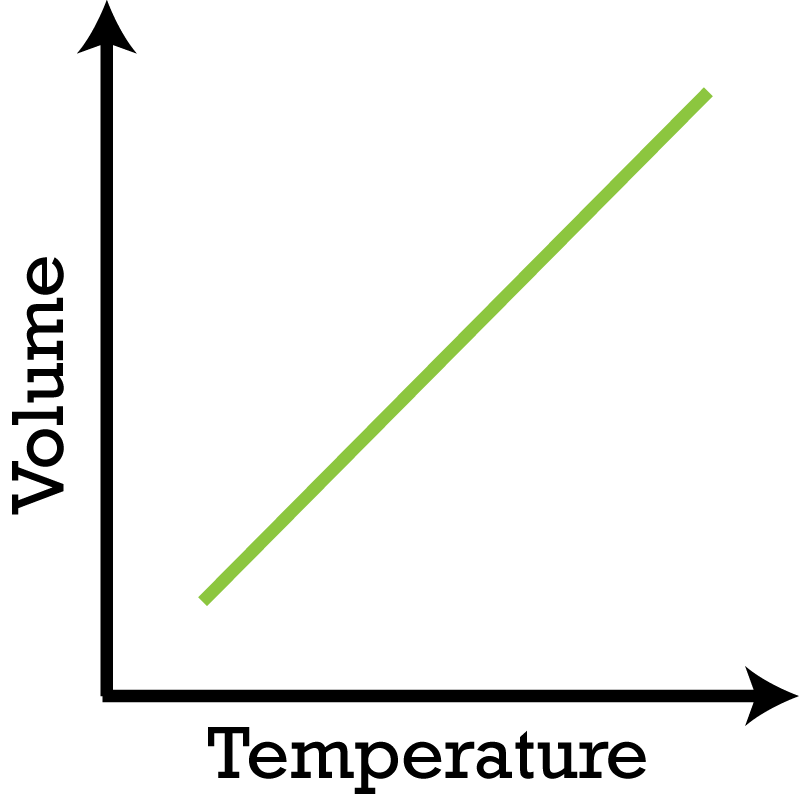 As the temperature of a gas increases, its volume also increases.

Roger had a latex balloon full of air inside his air-conditioned house. When he took the balloon outside in the hot sun, it got bigger and bigger until it popped. Boyle’s law explains why. As the gas in the balloon warmed in the sun, its volume increased. It stretched and expanded the latex of the balloon until the balloon burst.