Amonton’s law was discovered in the late 1600s by a French physicist named Guillaume Amonton. According to Amonton’s law, if the volume of a gas is held constant, increasing the temperature of the gas increases its pressure. Why is this the case? A heated gas has more energy. Its particles move more and have more collisions, so the pressure of the gas increases. The graph in Figure below shows this relationship.

As the temperature of a gas increases, its pressure increases as well.

A woman checked the air pressure in her tires before driving her car on a cold day (see Figure below). The tire pressure gauge registered 32 pounds of pressure per square inch. After driving the car several miles on the highway, the woman stopped and checked the tire pressure again. This time the gauge registered 34 pounds per square inch. Amonton’s law explains what happened. As the tires rolled over the road, they got warmer. The air inside the tires also warmed. As it did, its pressure increased. 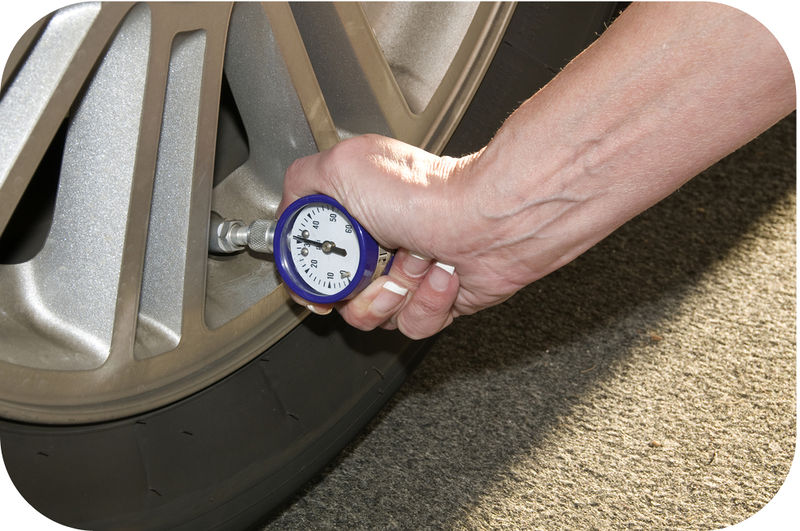