A liquid can also change to a gas without boiling. This process is called evaporation. It occurs when particles at the exposed surface of a liquid absorb just enough energy to pull away from the liquid and escape into the air. This happens faster at warmer temperatures. Look at the puddle in Figure below. It formed in a pothole during a rain shower. The puddle will eventually evaporate. It will evaporate faster if the sun comes out and heats the water than if the sky remains cloudy. 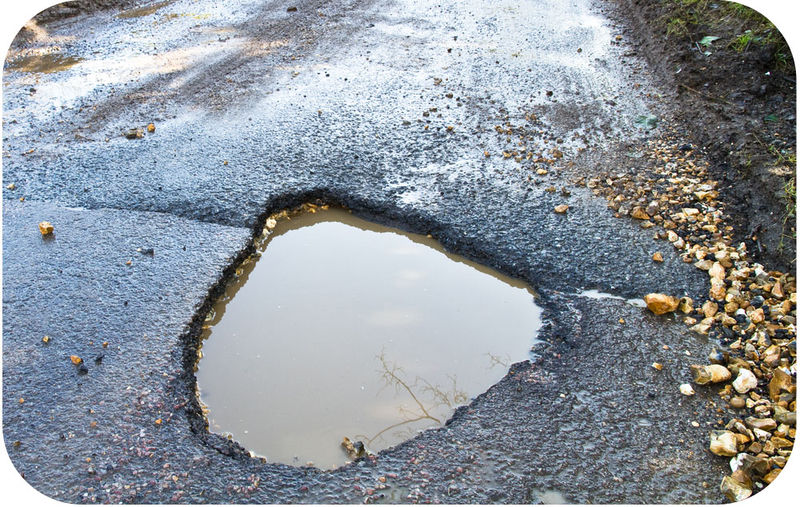 Evaporation of water occurs even at relatively low temperatures. The water trapped in this pothole will evaporate sooner or later.